OML 148 formerly operated by SPDC as OML 1, was awarded as OPL 274 to Asharami's subsidiary, Enageed Resource Limited (Enageed) during the 2007 License Bid Round.

The block spans an area of approximately 871 km2 (215,212 acres). Enageed, operator of the block with 100% participating interest, acquired the block with three discovered fields; Pologbene, Tonjor and Oki. Between 2011 and 2014, Enageed acquired an approximate of 650 sqkm area coverage of land 3D seismic data. This data was put through a fasttrack PSTM processing and subsequently reprocessed in depth domain (PSDM). Enageed went on to drill three successful exploration and appraisal wells as a fulfillment of its PSC work obligation which led to the conversion of the block from OPL 274 to OML 148.

Enageed is currently producing over 6,000 bopd from two well in the Oki-Oziengbe South field. Ongoing field development and upgrade of the Oziengbe flowstation to handle 30,000 bopd would allow production to reach 20,000 bopd in 2020.

In addition to the three known fields on the block, Asharami Energy discovered the Oluegi field, via long-reach exploratory well with a 3km offset from the surface location to the TD. An appraisal drilling program is being planned to prove additional reserves and develop the field.

A number of exploration opportunities have been identified and matured on the block. An exploration drilling program is in the works with road construction and location preparation ongoing to explore and prove additional reserves on the block. 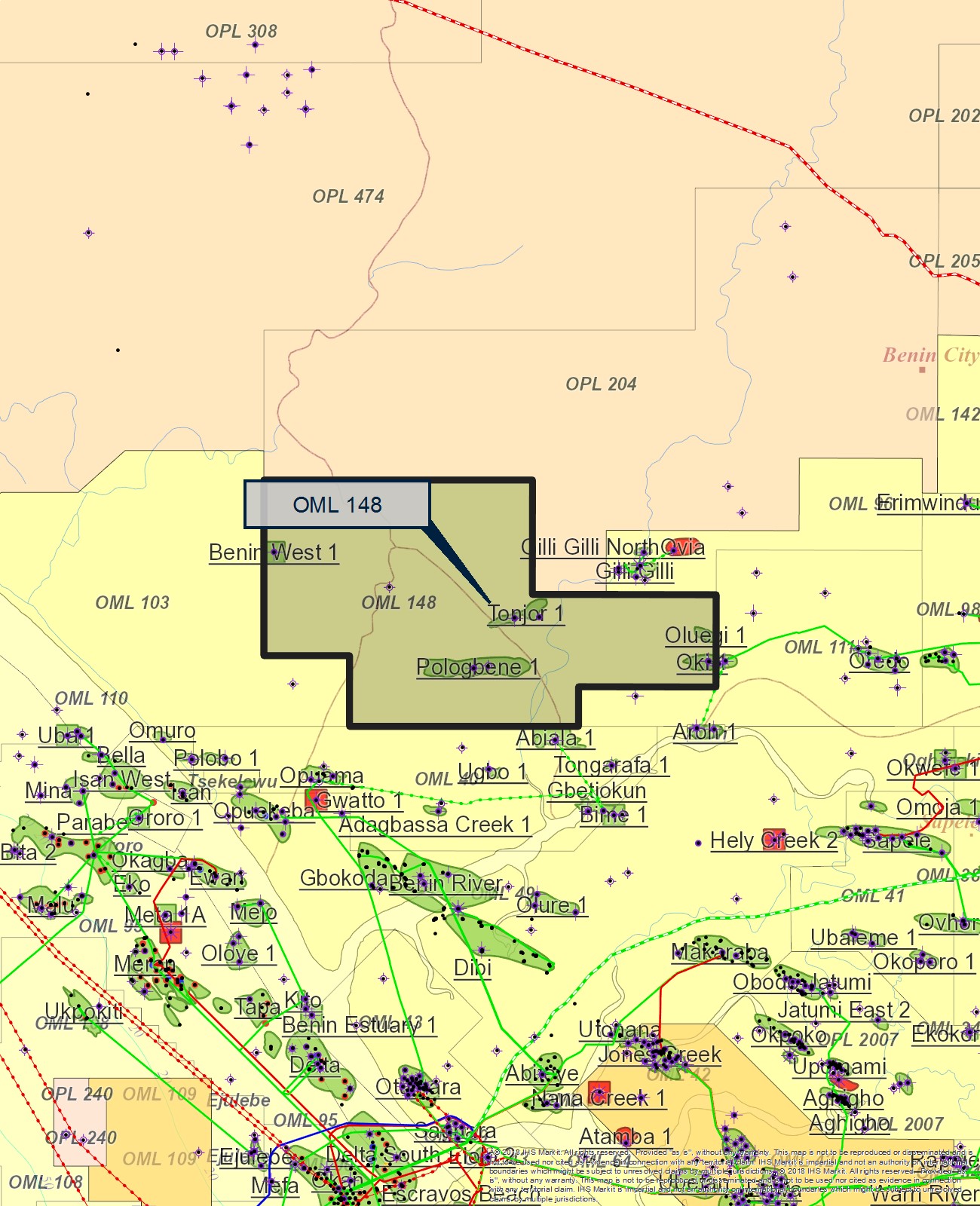