Asharami Energy through its subsidiary, Sahara Energy Field Limited holds a 90% equity share in OPL 286. OPL 286 is the second deep offshore asset and covers an area of 1,112km² (or 806sq.km) with water depth ranging from 190m to 1,000m. Prospective Resource in the block is about 939 MMBOE. Three (3) wells have been drilled to date including the Boi-1, Boi-2 and Ogide-1 wells.

The Boi-1 discovery well in OPL 286 was the first deep-water well drilled in Nigeria. The Boi-2 and Ogide-1 wells were drilled in 2010 on the eastern half of the block by Sahara-BG JV during Phase 1 work programme.

All the work program for Phase 1 were fulfilled and exceeded prior to Phase 2 approval. The block benefits from newly acquired, better imaged 3D seismic data shot in 2011. Phase 1 Commitment were fulfilled with the acquisition of 1250²km of 3D seismic and the drilling of two deep water exploration wells on the block.

Several leads and prospects have been identified including the massive Sule prospect which is an extension of the turbidites system of the Aparo discovery and Bonga Field.

OPL 286 is surrounded by large producing deep-water fields including the 2 billion barrels Bonga and Bonga SW fields operated by Shell and located about 10 km to the North and North West of OPL 286. The Aparo discovery located in the former OPL 211 from which OPL 286 was carved out is located 5km west of the Sule prospect in OPL 286. New 3D seismic acquired shows that the Aparo and Sule prospect belong to the same turbidites channel separated by a shale diapir. OPL 286-DO is an offshore block which was previously explored by BG (now Shell). 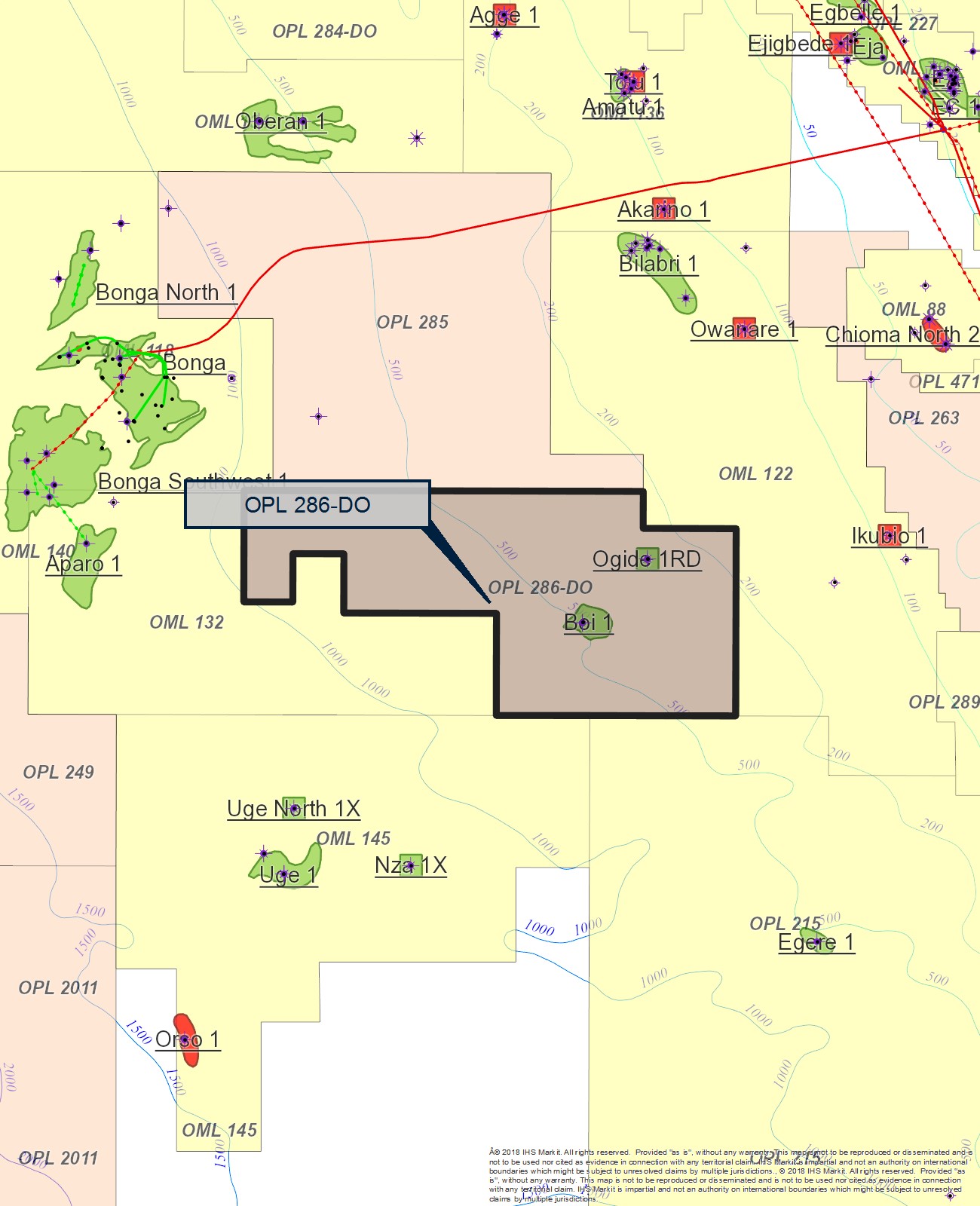