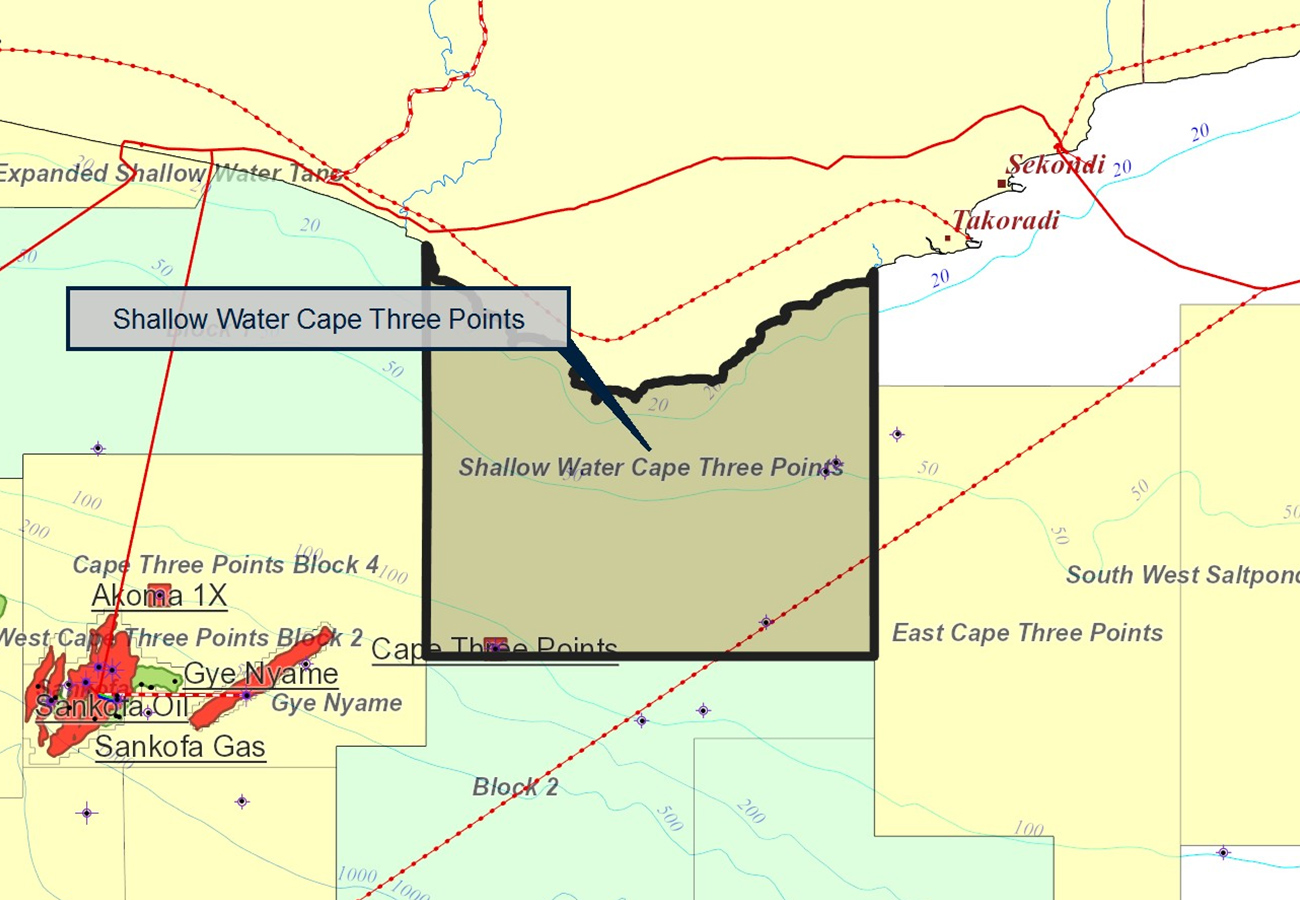 Sahara Energy Fields Ghana Ltd owns 85% stake in the Shallow Water Cape Three Points (SWCTP) block. The offshore block which covers an area of 1,500km² is located in the CTP sub basin, sandwiched between the Tano basin, Saltpond basin, and the Leo Massif, The block has CTP-1, GH5, Takoradi, and NETCP as the four wells drilled on the block so far.

SEFL acquired 1,253km² of 3D seismic in 2009 and had a PSTM/PSDM reprocessing completed in 2012. Several leads have been identified. A well plan is currently in the works to appraise the CTP-1 discovery and develop the field.