The Tsekelewu marginal field is located in the Niger Delta swamp, onshore in OML 40, about 80 km North-West of Warri. The field was discovered by Tsekelewu-01 well, drilled by SPDC (Shell) in 1979. Tsekelewu field was awarded to Sahara Energy Field Limited with a (51%) equity and Africa Oil Gas with a (49%).

Tsekelewu field is interpreted structurally to be a simple elongate roll-over anticline bounded to the north by a growth fault and truncated by Opuama channel to the east. Tsekelewu-01 encountered six hydrocarbon-bearing intervals: U1, U4, U5, U7, U8 and V2 levels, with significant reserves at U7 and U8 reservoirs.

The field is on trend with major oil and gas producing fields with similar Play fairway including the Opuekeba and Opuama producing fields and numerous other discoveries undergoing development.

The field benefits from a well-imaged 3D seismic data and offset wells information. Several upsides have been identified including the Tsekelewu North accumulation with potential for massive oil and gas volumes.

Tsekelewu field is surrounded by major producing fields including the Chevron-operated Opuekeba field and the Eland-operated Opuama field in OML 40. These two fields have operational flow-stations that will provide access to production facility for produced oil and gas from the Tsekelewu field.

Tsekelewu field is an elongated roll-over anticline structure bounded to the north by a major east-west trending growth fault. Five key hydrocarbon bearing levels were identified from well results from the single well drilled. Asharami Energy has embarked on a field development program aimed at bringing the field into production. 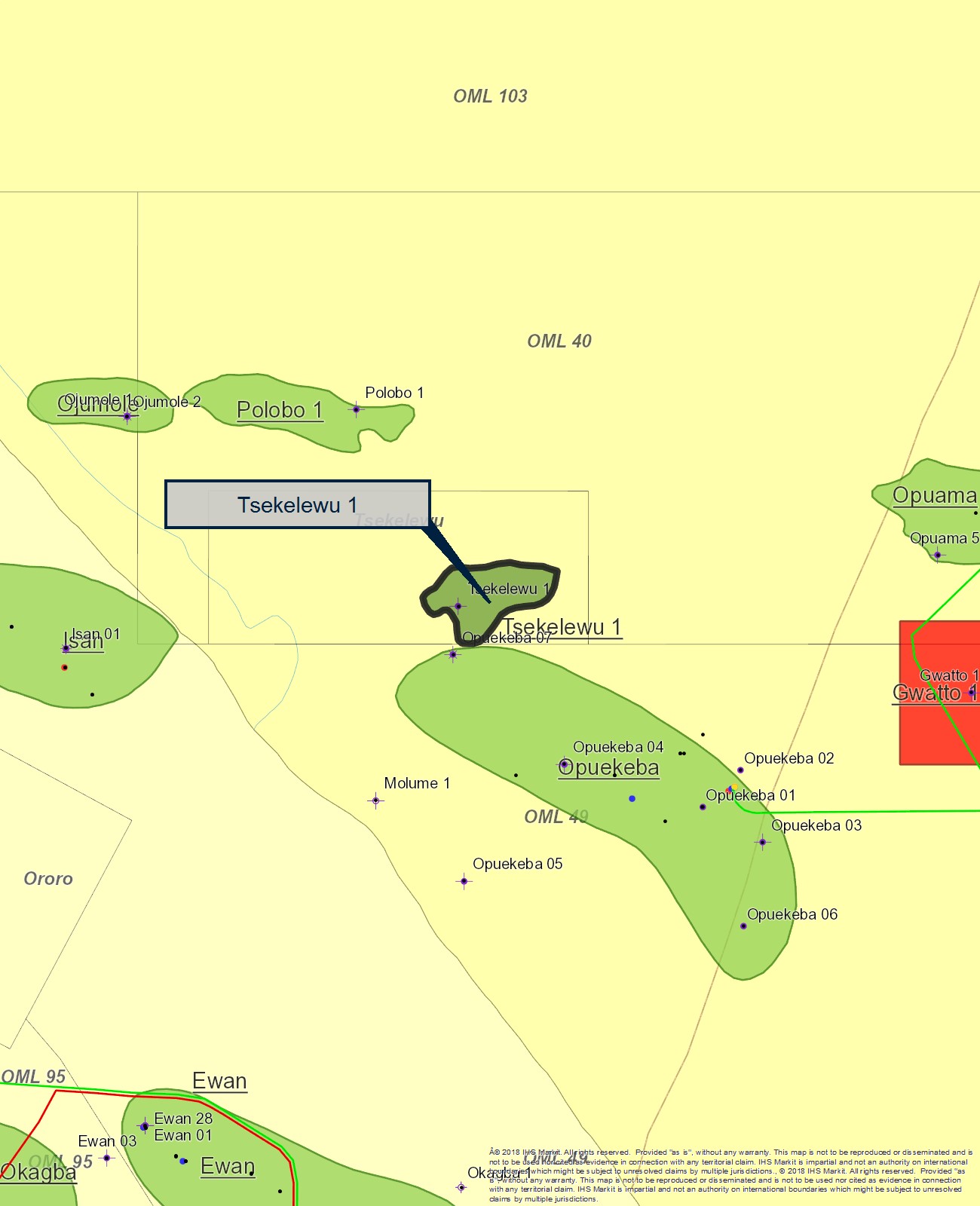